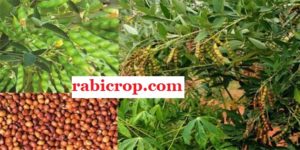 In this post, we have added all important details about Red gram cultivation, red Gram uses, red gram health benefits, distribution, importance, classification, varieties, and all-important. Let’s read all about a red gram.

The common name of a red gram is Pigeon Pea. In Hindi, we also know red gram as tur or arhar. In India, they also cultivated red gram from ancient times. Red Gram is one of the most important pulse crops according to demand  & uses its stand on the second position after Bengal gram.

The first health benefits of a red gram are it regulates blood pressure. Because of potassium present in the red gram, it is very helpful for those who have hypertension or cardiovascular disease.

The third health advantage of a red gram it is useful to prevent anaemia because it contains an outrageous amount of folate and folate deficiency can cause anaemia.

The fourth health benefit of a red gram it is very useful for Weight Loss because it contains an in-considerable amount of saturated fat and cholesterol. It increases the rate of metabolism in our body and decreases the rate of weight gain in the human body.

The fifth important health benefit of a red gram it is useful for Immune System it helps in strengthening the immune system of the body, it contains an enormous amount of Vitamin C and as we know Vitamin C is helpful in producing white blood cells which act as an antioxidant in the body. 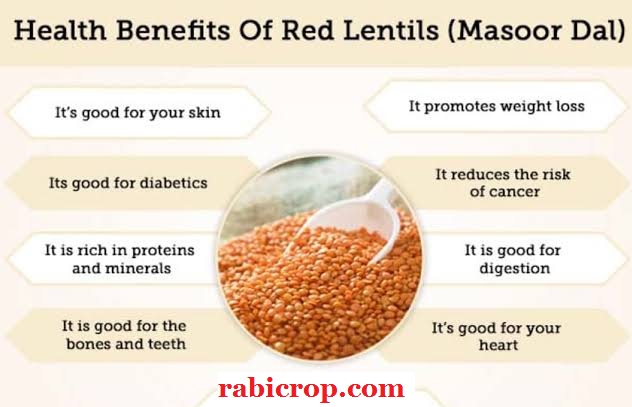 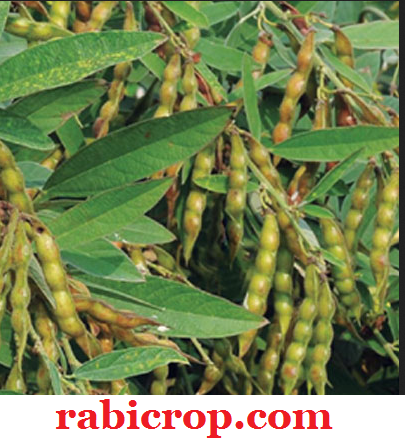 Red gram is a very important source of protein, iron, iodine & some essential amino acids like lysine, tyrosine, cystine, protein percentage in red gram is approx 22.3% so we know it as a rich source of protein, it is consumed as dal and also used for preparing curries. We use the sweet green pod as a vegetable.

We can do red gram cultivation as a major crop or inter-crop or with other crops. We use it as a primary crop or a secondary crop. It is on the choice of farmers.

We also do red gram farming as a cash crop & also use it as fodder for animals which is good for the health of milch cattle because of its high protein percentage fibres and other nutrients.

As we know, it is a leguminous plant, so as same as all other leguminous crops, it can fix atmospheric nitrogen and, by this, we restored the lost nitrogen in the soil, which is good for soil structure.

Red gram has a deep root system, and it extracts minerals, nutrients, moisture from the deep soil. In this process, it breaks the hardpans of the soil, which is helpful in improving the structural condition of the soil.

Red gram is also useful for preventing soil from erosion. Nowadays, it is a major problem. It encourages the moment of water in the soil.

We can do red gram farming on any type of soil, even on mountain slopes. Because it can grow in different climatic conditions and protects the soil from erosion.

READ MORE:- All About Bengal Gram In Detail

According to the ancient research document, we are doing red gram cultivation for over three thousand years. We believe that red gram origin is near the Nile River, or Angola districts of Africa, but according to the scientist’s, Vavilov in 1951 India is the origin of the red gram.

The family of Red gram is Leguminosae (Fabaceae)

We can classify it into two different types:-

As we know, we mainly grow it in tropical and sub-tropical climates. It requires cool and bright sunny days for the proper growth and development including flowering, ripening & also for the setting of pods. It can tolerate heavy rains, light frost. We can easily grow in water-logged conditions. Because of its deep root system, we can easily grow it in moisture stress conditions.

READ MORE:- All About Barley In 26 Points

Red gram cultivation needs the soil with a light texture of well-drained soil. It can grow many types of soil, from sandy loam to clay soil. For the proper growth and development of the plant, the soil should be neutral, not too acidic or basic, but we can also cultivate red gram in saline soil.

Production and yield vary depending on soil and climatic conditions because of the presence of nutrients in the soil, water holding capacity of the soil and favourable environment.

As we know, red gram is one of the most important crops, so many of the new varieties for different environmental conditions, maturity periods, hybrids, etc…

As we have discussed above, that red gram has a deep root system so it needs proper tilth. It requires deep ploughing to a depth of approx 15 to 17 cm, Desi plough or cross plough can be used for proper tilth. 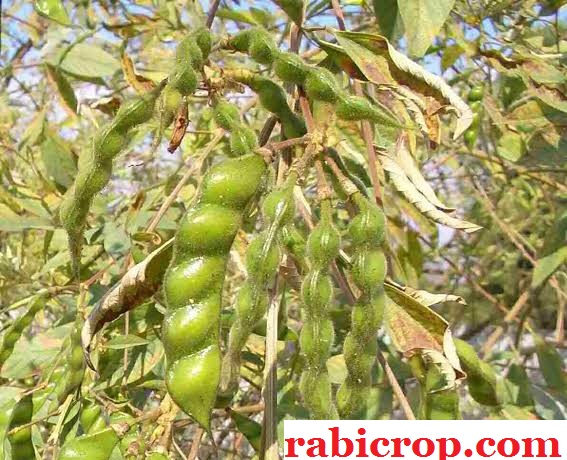 As we know, the time of the sowing is very important for the growth and development of the crop. From old times it is the crop of Kharif crop, mainly the showing time is June – July which is the onset of the monsoon.

seed rate depends upon the size of seeds, the spacing between the seeds, and other important factors in gram cultivation 15 to 30 kg/ha seed is needed, if we talk about inter-cropping/mixed cropping it requires approx 7-10 kg/ha.

The sowing method of Red gram is a broadcasting method. The depth of show is 4 to 5 cm. Showing in rows can be done with the help of a Desi plough. We can also grow it on the ridge and furrows. We show it on the ridge because it can’t grow in the water-logged condition; it requires a well-drained field.

The nutrient requirement in Red gram is very high, so before the application of chemical fertilizers, a soil test is necessary before application

FYM Requirement 10 to 12 t/ha is necessary. We applied FYM  25 to 30 days before showing for decomposition in the soil.

Nitrogen Requirement for red gram farming:- As we know, red gram is a legume crop, and it fixes atmospheric nitrogen in the soil, so it doesn’t need much nitrogen. Starting dose of nitrogen should not be more than 10-30 kg N/ha.

We will suggest farmers incorporate non-leguminous green manure crops because red gram is a leguminous crop, so we are suggesting non -leguminous it will help to decrease the chemical fertilizer requirement in red gram farming.

Potassium Requirement for red gram farming:- Requirement of potassium in red gram is not too high. If available, Potassium is less in soil than we should apply it at 20-30 kg K2O/ha.

As compared to another legume crop, the initial growth of red gram is very slow, so the competition between crop and weed is very high, so it is very necessary to do weed management.

As we have previously discussed above that it grows in the rainy season so it is very tough to suppress the growth of weed growth because it gets the proper amount of moisture which is very necessary for the growth of weed.

Access weed can cause a loss of up to 90% if it is not timely controlled so it is necessary to do the proper weed management.

These are the most common weeds that damages the crop are Digitaria species, Setaria glauca, Amaranthus species, Celosia argentea, Commelina benghalensis, and Euphorbia species.

Timely control of weed is very necessary, the critical period of weed control is the first 60 days.

For Controlling the weed, we do application of chemical herbicides within the growth period control of the weed.  Ex:- Alachlor, or Metolachlor 1.0 kg a.i./ha.

At the proper gap of time approx. 10-12 days process of hand weeding should done to keep the field weed-free.

Pod Fly:- It is also one of the most damaging insects in this crop. It can damage up to 40 to 60 %. We can control it by spraying the chemical insecticides Monocrotophos at a rate of 0.04% /ha. It has proved effective in controlling Pod Fly.

A disease that is common in red gram is Wilt, Stem Rot, Leaf Spots, Sterility Mosaic

Harvesting is done with the sickle. At the time of harvesting, the colour of the pod is brown. After harvesting, threshing starts where grains get separated from plants. After threshing, it should be sun-dried and then it should store.

The yield of Red Gram