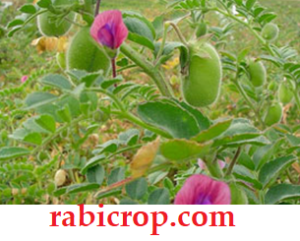 All About Bengal Gram In Details

In this post, we are going to give details of Bengal gram. And going to discuss details all about Bengal gram cultivation practice. 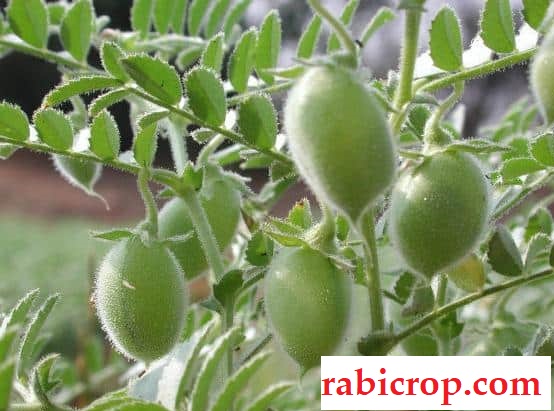 It is one of the most important sources of protein, minerals, vitamins & calories. It is a popular alternative for animal meat because it is a rich source of protein. The protein percentage of Bengal gram is 23% which is much higher than other cereals. The Carbohydrate Percentage of a gram is 64%, as per research it is also rich in vitamin A, vitamin C, it also has a rich content of calcium, magnesium & also iron, Bengal gram does not come in cash crop example but it is very important for our lifestyle.

Use of Bengal Gram:

We use gram food for both humans and animal consumption. We use it as dal and flour. Using gram flour for many recipes differently. Bengal gram is used in recipes as socked, boiled, fried, salted, unsalted, etc

We used gram flour to prepare different sweet fried items, and we also use it for bathing. There are many medicinal values of the Bengal Gram, such as we used it for blood purification. Germinated gram can cure scurvy like disease, leaves of the green gram are used to treat intestinal troubles. Gram is also used to feed horses and cattle because of the rich content of protein. We also used the straw of the Bengal gram as fodder for the cattle.

We know Bengal Gram as an energy booster,

We know Bengal Gram as an energy booster because it helps to increase the level of energy in the body because of the presence of an outrageous amount of protein as compared to another leguminous crop. We use it after soaking in the water we consume overnight sprouted gram. Because of the rich content of protein, we also used it as animal feedings ex:- horse.

We also used gram flour for facial care to treat the number of skin problems, like pimples, acne, scabies, etc for the process of treatment. Bengal gram flour is mixed with water or milk and applied on the face for some hour then washed.

Bengal Gram for treatment of anaemia

As we know that Bengal gram is rich in protein, vitamins, fats & several minerals this help in increasing the haemoglobin count. And we know that anaemia is a deficiency of iron.

Distribution Over The World

We know gram as one of the most important pulse crops all over the world. The major gram growing countries are India, Pakistan, Mexico, Turkey, Burma, Australia, America, etc.

As we Know gram comes from the family of Leguminosae.

We can mainly divide grams into two types:-

As we know, gram requires a cold climate for proper growth and development, so in the country where the environmental condition is temperate, we cultivate it in the spring and summer seasons. For example, in India, it is grown in winter. If we talk about the temperature for growing, the green gram is between 15 degrees to 25 degrees Celsius, for the proper germination it requires temperature approx. 15 degrees, below these reduces the rate of germination percentage.

It requires properly maintained temperature. The Cold, frost & heavy rain is not good for the proper growth and development of the gram. Gram also requires proper sunlight for its vegetative growth. As we know, that leguminous crop requires less amount of rainfall because they have a deep root system, so gram also has less amount of water requirement. The waterlogged condition is very dangerous for this crop because it will destroy the entire crop.

We can grow gram in many types of soil, but we grew it on the type of soil where other crops can’t grow like wheat, we can grow it on sandy soil, sandy loam soil to deep black soil. For the best growth and development of gram crop, it is grown on deep loam & also on silt clay loam soil but the soil should be free from excessive salt.

As we have Previously Described that there are two different grams 1st is brown gram 2nd is white gram if we talk about the varieties of grams:-

As we know, gram has a deep root system, so at the time of field preparation, it needs deep ploughing & harrowing for the proper aeration in the zone of roots.

In a rainfed area gram is grown with the moisture that is conserved in the soil, so deep tillage at the starting of rainy season is to be done because deep tillage opens the pores of the soil & it ensures the high rate of moisture conservation, conserved water helps the plant at the time of physiological wilt. Conserved moisture helps to penetrate the roots deep into the soil.

Gram is one of the most important Rabi crops. It requires a cold weather and it is sown in the first fortnight of October, in this period soil has the proper amount of moisture and it helps in the proper growth and development of the plant.

Gram needs proper environmental conditions for growth and development. There are two varieties and both have different seed rates.

The depth of sowing in gram is 5 -7 cm, which is suitable for the germination of seed. We use a seed drilling machine or country plough for the sowing.

For Gram, the requirement of Farmyard manure {fym} is approx 12-15 t/hac we spread it after the first ploughing.

2. Phosphorus: Requirement of phosphorus in gram is 60 kg to 65kg/ha is sufficient for the gram.

As we know that Bengal gram is a Rabi crop and it has a deep root system, so it is easy for gram to take the stored moisture from the soil, water requirement for gram cultivation is less, we should give very little supplemental irrigation at the critical stage.

There are some critical stages in Bengal gram cultivation, like a late flowering and pod setting in which it requires irrigation. If the proper amount of moisture is not present in the soil then we should provide supplemental irrigation according to condition of moisture in the soil.

As we know that Bengal Gram is a leguminous crop & same as all grams it is very sensitive to weed & weed competition reduce the yield up to 40 to 80%. Weeding is done by the mechanical method in gram and the instruments used in the process of weeding are khurpi, hand hoe, etc

All the competition between gram and weed is at the initial stage of which it is necessary for first wedding which should be done after 5 to 6 weeks of sowing. We also use chemical methods for weed control in gram, chemicals like pyrometry at 0.50kg/ha or Alachlor at 1.50 kg/ha is used. Some chemicals that are useful for controlling the weed before they emerge in the field is Methabenzthiazuron which is applied at 1.50kg per hec.

The reason behind these magical features of a gram is:-

The gram plant is covered with small glandular hair on the whole plant, which exudes acid drops that contain malic acid which protects the plant from insects. We mainly do Bengal Gram Cultivation in winter & this is the season when the population of insect pests is very less than compared to summer.

Gram Pod Borer: Gram pod borer is one of the most serious pests of the gram which can cause damage to up to 60 to 75% of the grains

These are the common control measures are as follows.

The first method to control is to use resistant varieties of gram ex:- ICC 506, BG 256 etc, the second method is early sowing between 15 to 30 Oct can also control pod borer, the third method is the most common method that is inter-cropping Bengal gram with wheat, mustard farming etc, fourth is to use common insecticides like a spray of Endosulfan, fifth, we can also use a neem oil spray to control insects.

Gram Cutworm: Gram cutworm is also one of the serious pests that can affect yield. It mainly attacks the field in the cloudy area.

Chemical insecticides that can control it like Endosulfan at 20 kg per ha. We can use the dusting method of spraying insecticide, we can apply this method or we can also use it by mixing in the soil at 20 to 25 kg per ha.

Termites: termites can also make extensive damage to the Bengal gram, but soil and seed treatment can control them or maintaining soil moisture can also control termites.

There are three most common diseases that can do extensive damage in Bengal gram are:-

Blight disease of Bengal gram:- Blight is the most common disease which attacks in the season of cultivation. It is the most serious disease of gram. Different methods can control it like crop rotation, deep showing, inter-cropping, seed treatment with thiram or captain.

Fusarium Wilt disease of Bengal gram:- Fusarium Wilt is a disease in which over transpiration takes place, these pathogens attack the xylem and root system of the plant. Resistant varieties like ICC 202, ICC 391 etc controls this disease, it can be also controlled by seed treatment with Bavistin

Dry Root Rot disease of Bengal gram:- Dry Root Rot is the most common fungal disease where the main roots rot. This can be controlled by seed treatment with Captan & Thiram at 2.5 gram per kg seed,

Harvesting the crop of a Bengal gram is done when it is fully mature. The moisture content in the grain should be less than 20% at the time of harvesting. Harvesting can be done by handpicking method or by cutting the whole plant by sickle. The harvested plant should be sun-dried for 5 to 6 days before storage. 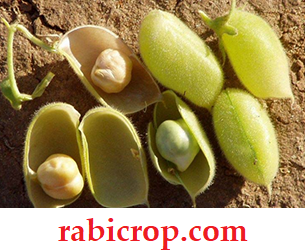 The yield of Bengal Gram